Declared a Site of Cultural Interest, this important spot was found during the works undertaken to build Calle Castillo street at its location. However, the plans did not go ahead in view of the findings.

Castillo del Aljau castle was probably one of many fortifications surrounding New Aspe, a site located on this plain in the late 13th century after the forced abandonment of Castillo del Rio castle, also known as Old Aspe. For quite some time, both urban centres coexisted as shown in a privilege granted by King Alfonso 10th of Castile to Alicante in 1252 containing several references to “Old Azpe” and “New Azpe”.

Its remains may be defined as a fortification built according to the Aragonese layout, i.e., a square shape with towers on each corner and a central courtyard. Some of the remains correspond to its access, that seems to have consisted of a winding hallway protected by a circular edge that gave way to a corridor surrounding the entire courtyard area, although it is unclear where it ends. However, despite the end being unknown, it is similar to the main residence at Castillo de Castilla castle, also dated in the mid 14th century.

Adjoining this fortification are also the remains of a residence with several chambers including a documented hearth and a jug embedded on the pavement. In spite of its poor preservation status, we can still distinguish the structures that divided each chamber, as well as the main entrance door. Dating from a later period in the mid 15th century, this residence may have been part of an outer city suburb located nearby the castle to ensure its protection. 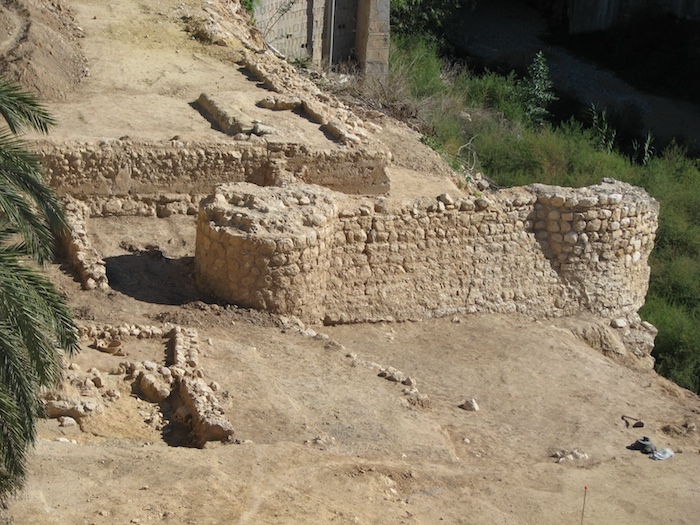 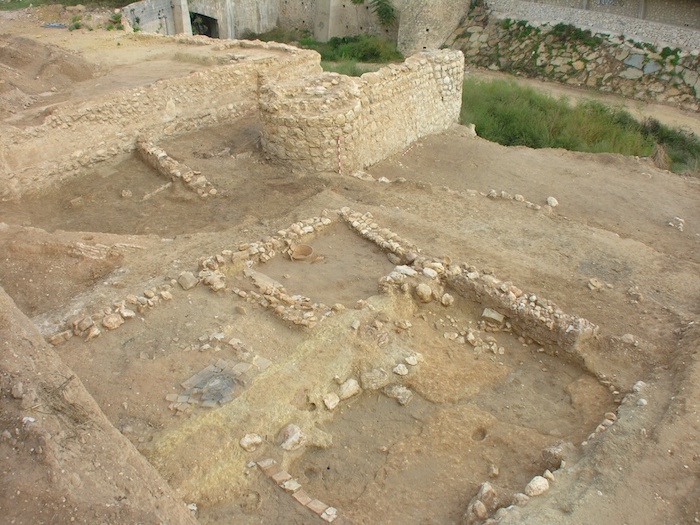