This is a building constructed in the 17th century to house the Council House from where Aspe’s public life was managed. It is located beside the Duke of Maqueda and Marquis of Elche Palace Hall, who financed the works.

A baroque style building that is perfectly embedded into the urban fabric, it comprises a rectangular layout and a sandstone façade revealing a three storey structure:

– Ground level, accessed through a wide porch consisting of three round arches. This area was often the place to carry out business transactions, appoint labourers and hold auctions, in addition to being used as a market venue. Currently, it serves as the location for the nativity set, an authentic hand crafted gem that is arranged by members of the Aspe’s Nativity Set Association on a yearly basis. On this level, we may note the ornate lintel on top of the entrance door, including Aspe town crest as the main decorative pattern.

– First floor, featuring three large wrought iron balconies with pilaster flanked windows crowned with a central thick, curved cornice serving as a pediment, that is adorned with mixtilinear plates on the laterals and a crest/ cartouche in the central area.

Finally, a bell located on top of a small tower housing the clock adds the finishing touch. It was last refurbished in the 20th century with the notable expansion of the new Town Hall. This new building was constructed in a style to match the original, featuring ashlars, arches with lintels resembling jack arches, and the clock tower was refurbished using the same ashlars to simulate the same aspect. 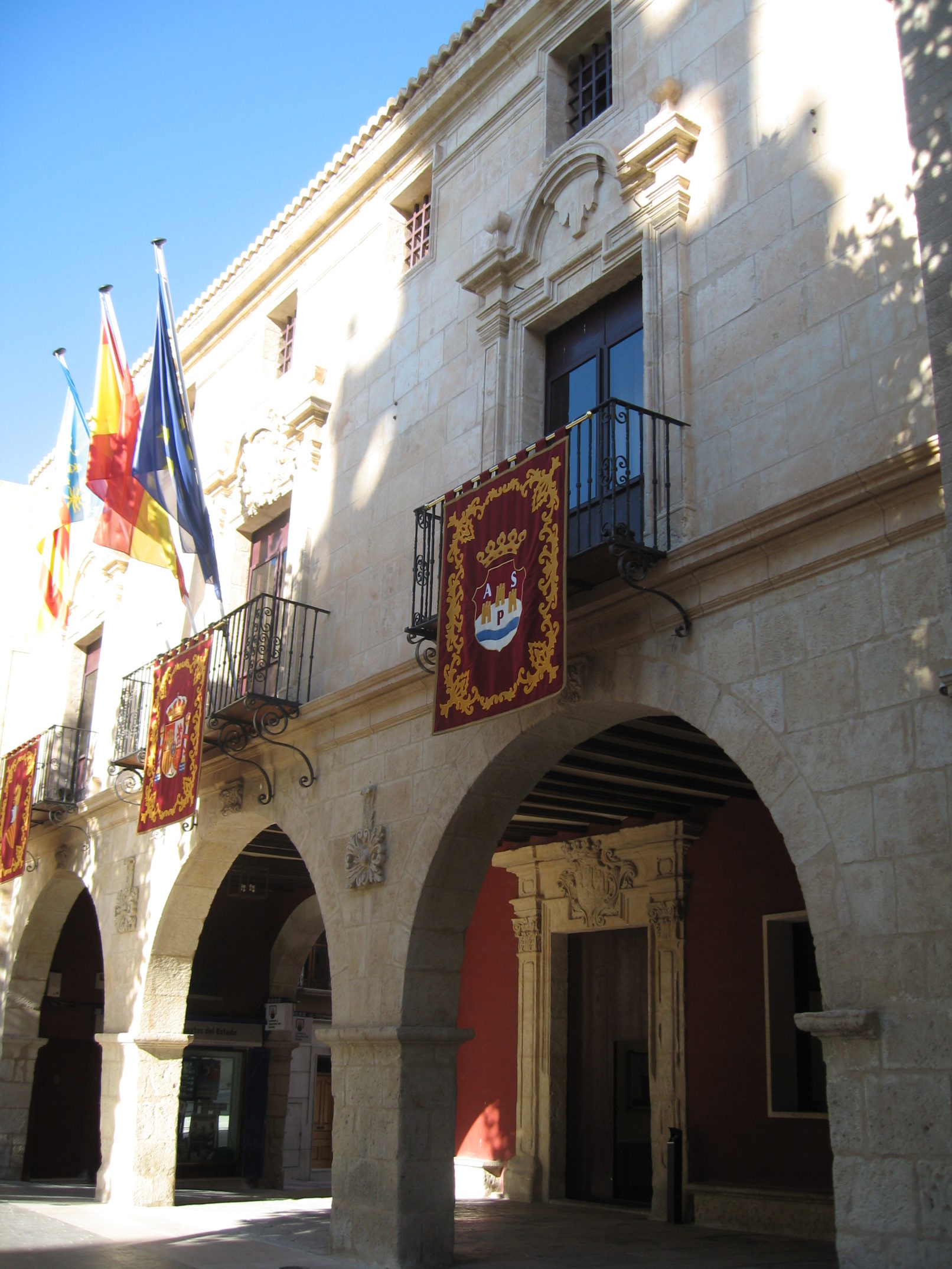