Due to its location on a plain, the historic centre was lacking in some defence or protection. And although there are no remains of any walls surrounding Aspe, this was likely achieved by building all homes facing inwards with no access points or gaps at the rear, thereby simulating the aspect of a walled enclosure. Access to the interior would be provided by entrance gates that could be locked at a specific time. Although there are several hypotheses on its possible location, one of the most likely options is that these gates were located in Francisco Candela street, the old Mayor street, as it connected the square and the church. In fact, the end of this road is popularly known as “the portal”.

An economic boom at the start of the 20th century left its mark on the construction of several bourgeois residences that may be observed in the urban centre. These have a varied aspect, featuring gentle bends, a wide repertoire of floral motifs and an abundance of wrought iron elements.

Another interesting element representing popular religiosity that can be spotted in several streets are the devotional ceramic tile panels, niches and small chapels dedicated to the Virgin or different Saints in the façades of many homes.

And although most of these chapels have survived to the current date, some have suffered changes in view of the different historical events. Among these, the most remarkable is perhaps the 16th century chapel of Our Virgen de los Desamparados, in the street of the same name, both in terms of age and ceramic tile work. While the chapel of Our Virgen de las Nieves, in the street of the same name, is also noted for its importance and the size of the images found in its interior. 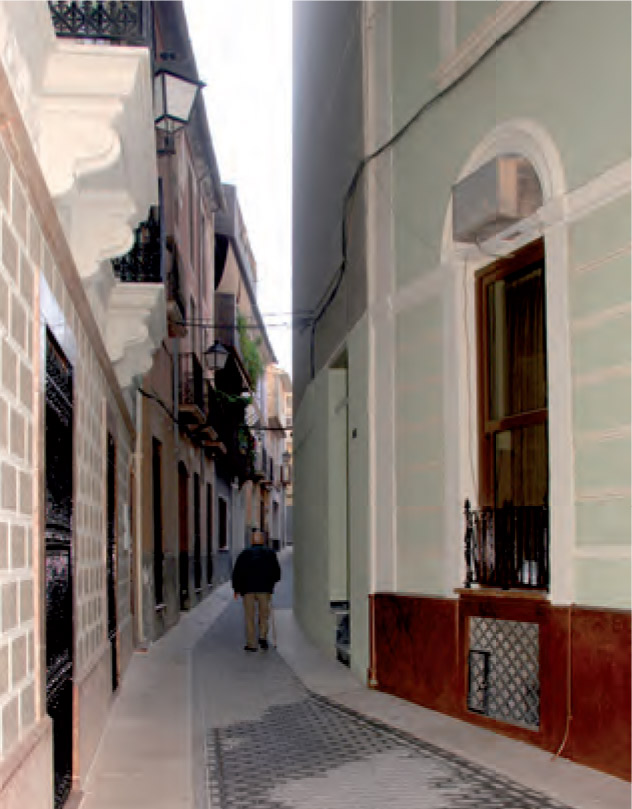