Known as Castillo del Rio, this Islamic (12th-13th century) fortified enclosure is located 3km away from Aspe, near the local road that connects our town with the Madrid-Alicante motorway. It is situated on the left Vinalopo river bank, south of its confluence with its tributary river Tarafa and perched on a 246m high mound.

Rather than a classical style castle, this is a fortified settlement built in the Almohad period, including a wall comprising twelve successive turrets. It consists of an elongated area measuring approximately 7,000 square metres with two distinct enclosures: a lower enclosure for the cattle and a higher enclosure, both of which were separated by a wall.

In regards to the village, it was actually located within the lower enclosure and laid out with narrow streets that ran crosswise to the wall. All homes were rectangular in shape and built from rammed earth on a small masonry base. Access to the inside was through a single panel door and the ceilings were probably flat, made from branches and reed with lime coated mud mortar. Inside the homes, there were one or two chambers and a hearth consisting of a small, slightly raised entablature. Both the walls and turrets were also used as homes, with the latter including access doors.

In regards to the higher enclosure, it was smaller in size and had further fortifications, since this was where the military residence was based. From this spot, governors could watch over a vast territory, that now provides visitors with great panoramic views of this part of the Vinalopo region.

This prominent site has been subject to several excavation campaigns, with important archaeological finds including one of only two Arabic ploughs found in Spain that is currently displayed at the MARQ (Alicante Archaeological Museum). It was declared a Site of Cultural Interest in 2001. 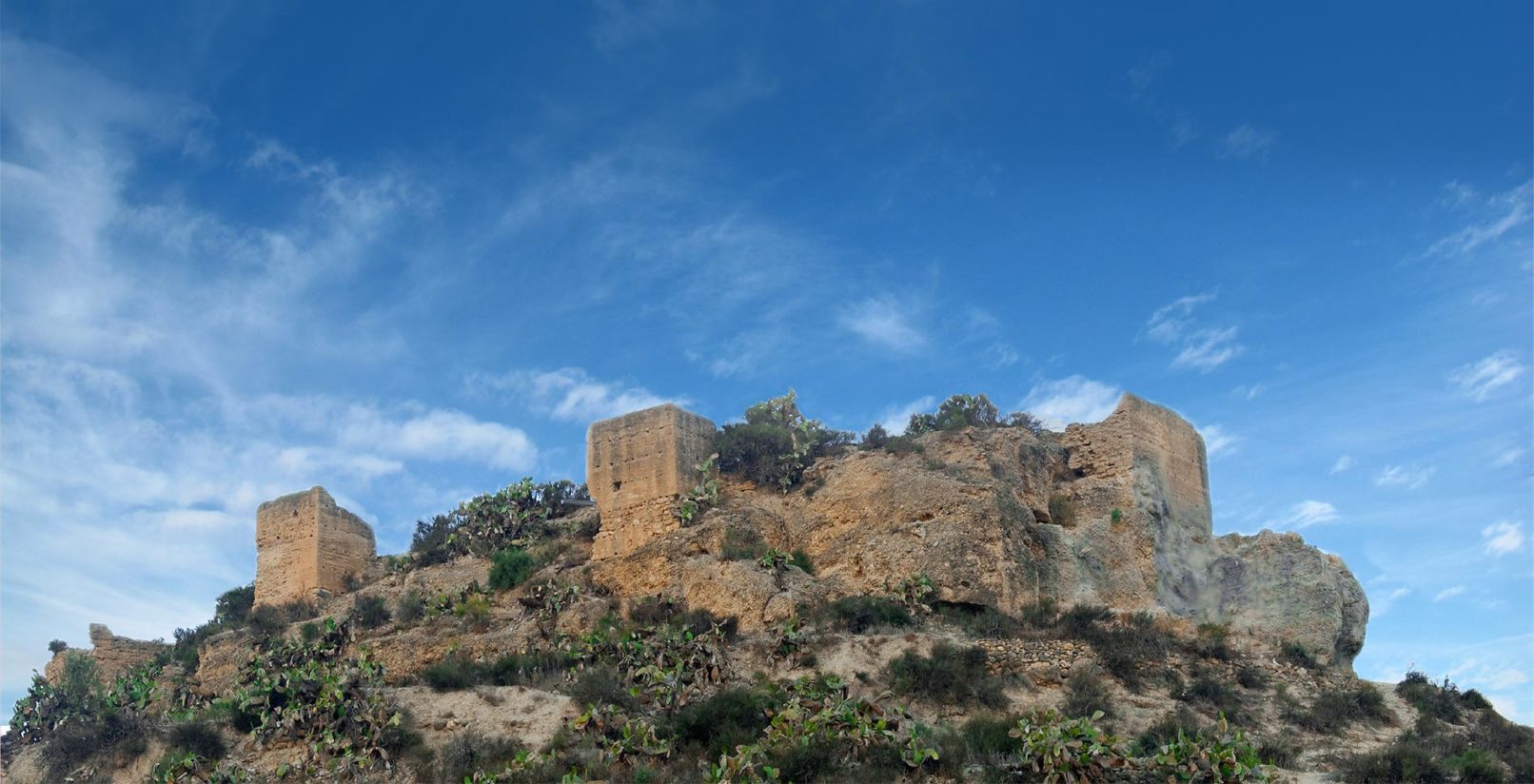