Our Nuestra Señora del Socorro church is a religious construction built in the so-called Valencian Levantine Baroque style. Its large size is due to the wishes of the Dukes of Maqueda-Arcos to build a temple. After the building works began around the 1650 decade, its construction was undertaken in several stages.

In its first phase, the nave was built as far as where the chapels end. During this period, that ended around 1674, the construction works were in charge of the architects Francesc Verde and Pere Quintana, who also worked at Saint Mary’s in Elche.

Finally, between 1729 and 1737, the temple’s construction was finally concluded with the addition of the dome and bell tower by the stonemason Lorenzo Chapuli.

Its lengthwise, cruciform shape is a common expression of the classical architectural style of the late 16th century. A single nave provides a sense of spaciousness thanks to the absence of obstacles that allow for an unhindered view of the altar. We can also find small side chapels between buttresses that are internally connected in order to prevent any disruptions to the religious services. These can be accessed from the central nave through elevated round arches.  All pillars separating the chapels are marked with red crosses carved inside a circle. This symbol was added during the last temple consecration to represent the twelve apostles as the main spiritual pillars of the church.

Its lengthwise plan is clearly linked to the main altar, that rises over three steps. Here we will find the main wooden, semicircular altarpiece adapting to the altar’s shape. It was built in the late 18th century in the Rococo style. At the altarpiece’s centre, a niche contains an image of Our Nuestra Señora del Socorro, a sculpture dating from the middle 20th century. Its lateral sides also contain niches with the images of Saint Peter and Saint Paul. In the pinnacle, we can observe a relief of the Glory, with the Eternal Father emerging from a cloud surrounded by child angels represented by a dove, the symbol of the Holy Spirit.

The ceiling is covered by barrel vaults with lunettes, or smaller vaults in the shape of half moons that are used to provide further light to the main vault. There are also representations of the four evangelists and their distinctive symbols in the pendentives (triangular segments of a spherical surface resting on arches in order to form a circular support for the dome): St Matthew and the Angel, St Mark and the Lion, St Luke and the Ox, St John and the Eagle.

Three portals provide access to its interior. A main portal devoted to Our Señora del Socorro, the main church figure, which, according to the latest research, is attributed to the sculptor Juan Antonio Salvatierra, a follower of Nicolas de Bussi. A further lateral portal on the Gospel side is dedicated to St Theresa of Avila with the portal on the Epistle side dedicated to St. John the Baptist. Among its main highlights, we find:

A crown, representing the reward for the challenges presented by life, and therefore, the promise of immortal life.

Granted with the title of Minor Basilica by Pope Benedict 16th by a papal bull issued on 15th July 2006 together with the Basilica churches of Saint Mary in Alicante and Saint Mary in Elche, its importance and influence in religious celebrations have therefore been acknowledged, particularly with regards to the Patron celebrations held in honour of Our Virgen de las Nieves. 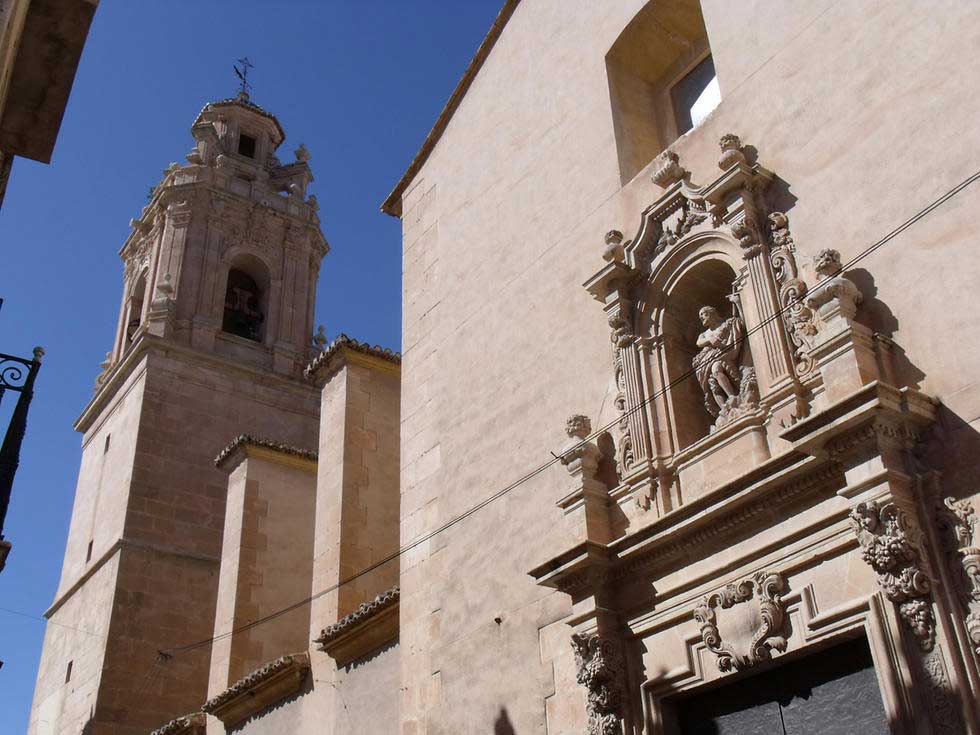 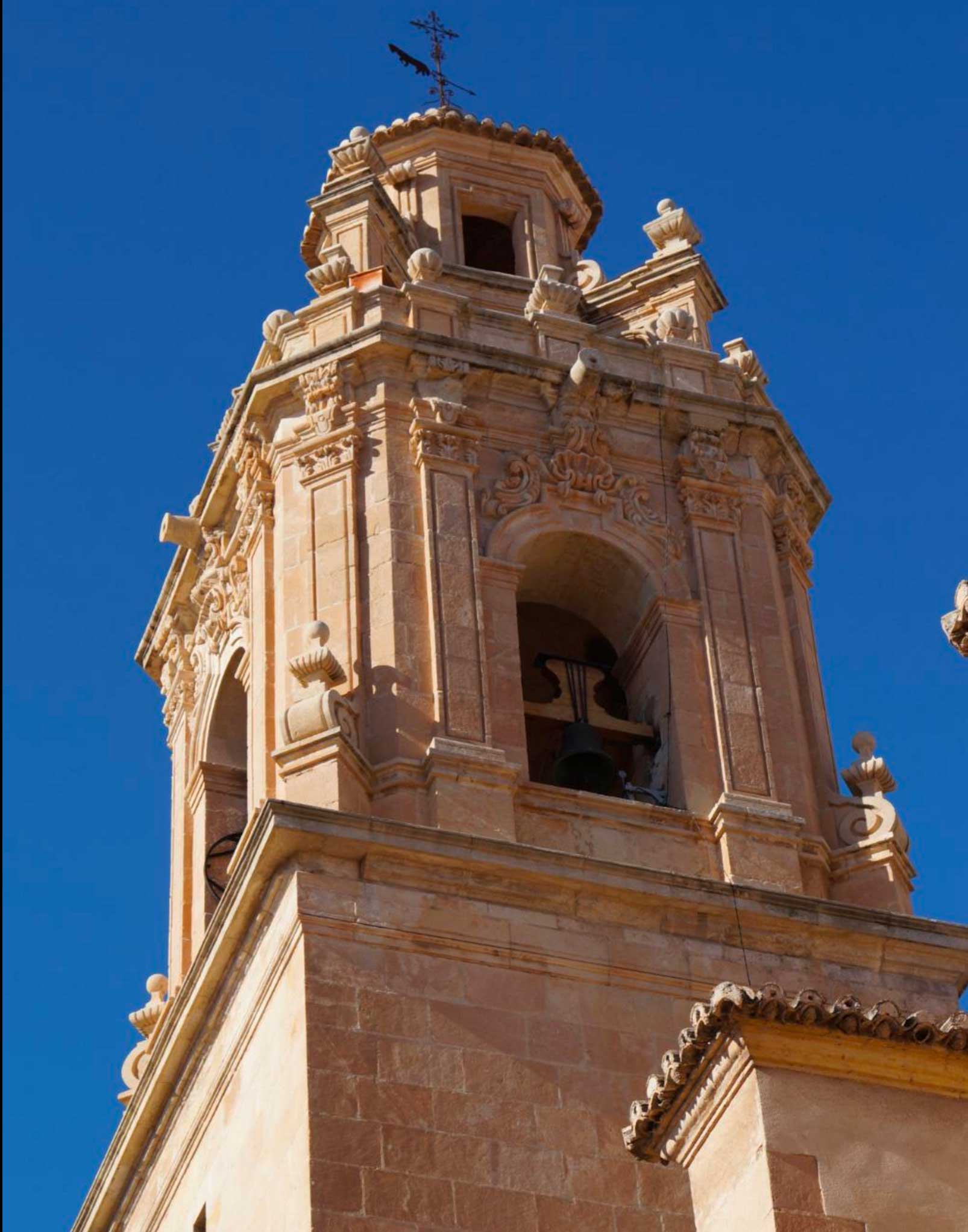