One of the key factors in the development of this town was the use of Tarafa river water for urban purposes initially, and agricultural irrigation later on. In this manner, the three irrigation channels of Aljau, Fauqui and El Hondo de las Fuentes transported water from its pillars and weirs built in the riverbed all the way to the public laundries, fountains and mills, prior to being reused to irrigate the crop fields.

But the river also represented a defensive ditch that disrupted the journey through certain roads. Hence it became necessary to build bridges to facilitate Aspe’s land connections. For this purpose, they built Puente del Bano bridge and the Fauqui or Hondo de las Fuentes dams, with the latter serving both as a dyke to control irrigation and as a bridge. In addition to the so-called Puente del Calvario bridge, constructed in order to cross a small ravine descending from the start of Castelar and Orihuela streets.

Also called Puente de la Huerta del Aljau bridge in some occasions, Puente del Bano bridge is a basic element in Aspe’s land communications since it was one of the entrances to the town for those travelling from Novelda.

And due to Tarafa river’s flood plain being so prone to overflowing, it resulted in the bridge being destroyed in several occasions. An example of this are the following notes made by Cannon Soler in 1673, as summarised by Montesinos in his book Orihuela History Compendium: “Aspe… its river is a rather considerable and regularly dry flood plain with two bridges. One of these, namely the main bridge, was destroyed in 1653 during a strong flood”. Only a century later, the subsequent floods recorded in 1751 and 1797 again resulted in its total ruin. 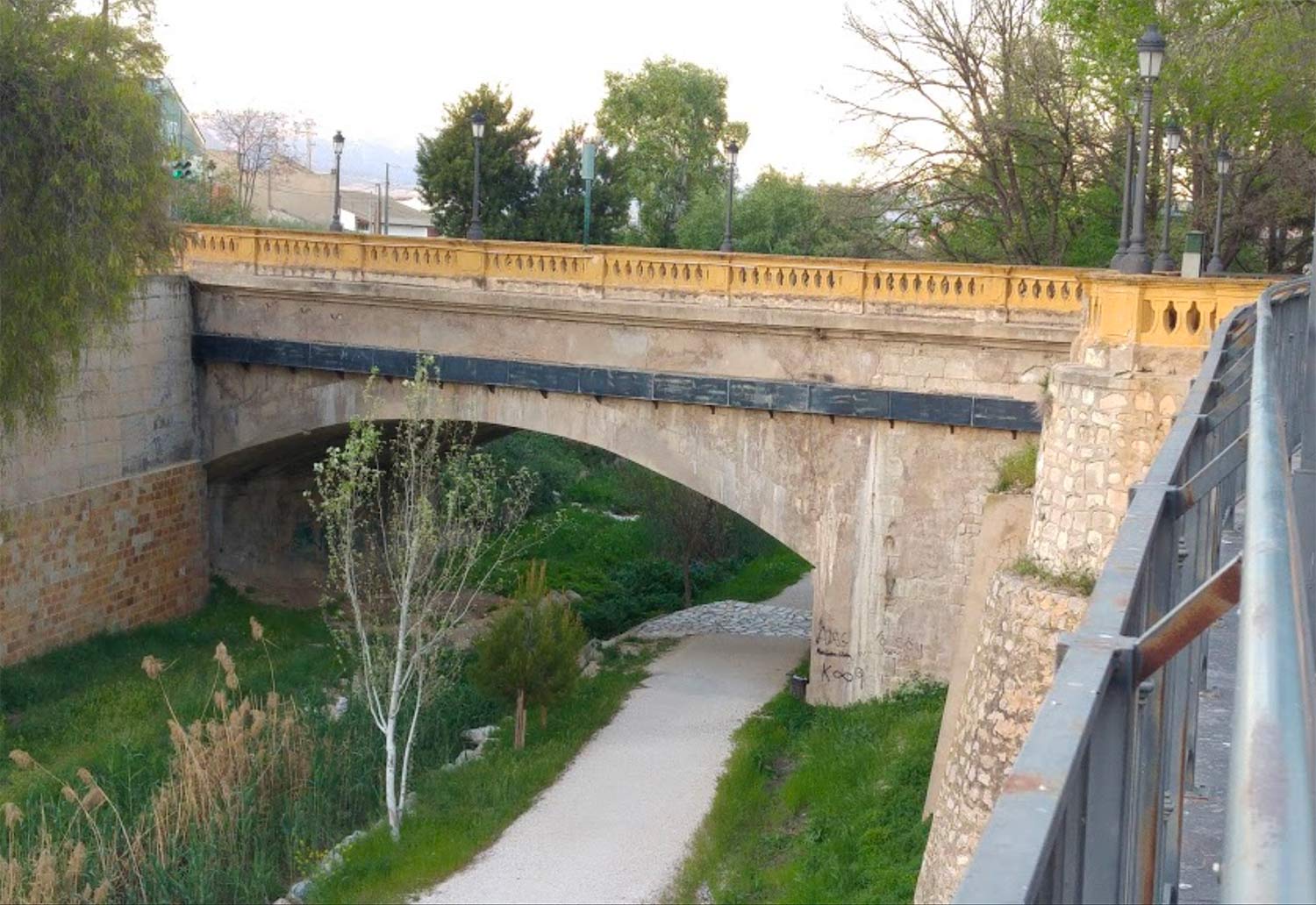