Throughout history, a varied and evocative archaeological and monumental legacy has been amassed near Tarafa river. Some of its most significant examples are dotted along the part located between Hondo de las Fuentes and Mina de Barrenas. Like an outdoor museum, this 3km section clusters abundant evidence of the multiple efforts underwent by our ancestors in order to take advantage of every last drop of water from Tarafa river.

In the area where the semi arid river Tarafa is located, the presence of temporary or permanent water courses has had an important impact on the landscape, resulting in deep, humid soils that allow for the development of exuberant vegetation such as the elm and poplar groves.

By taking advantage of its natural springs since at least the middle ages, local residents were able to benefit from its three irrigation patches: Aljau, Fauqui and Huerta Mayor. This period also saw the planning and construction of the required hydraulic systems to collect and distribute water over the existing lands on both sides of the river bed. For this purpose, small dams were built to collect and retain water at elevated points before diverting these to locations situated several miles away via an extensive network of irrigation channels. These activities have left a lasting mark on the land that can still be observed when walking along the river and its surroundings.

We shall find the remains of these dams, irrigation channels and up to three aqueducts that serve as milestones to this heritage trail along the Tarafa river’s urban park. Out first stop is Canal de Hierro, a magnificent example of iron architecture built in 1890. Or the Perceval aqueduct, rebuilt around the mid 19th century, with a solid architecture that blends perfectly with its surroundings. And last, but not least, Huerta Mayor channel built in the 19th century.

As we march along the river, we shall also discover draining tunnels dug up on the riverbed to promote the release of spring water. Among such examples are Rafica and Mina de Barrenas. There are also remains of public laundries at Hondo de las Fuentes and Casa de la Rafica. In addition to mill ruins such as the one at Mindan, built in 1844, that remind us of traditional jobs that have since disappeared. We shall also go under Puente del Bano bridge, rebuilt in 1850, alongside the late medieval Aljau castle. 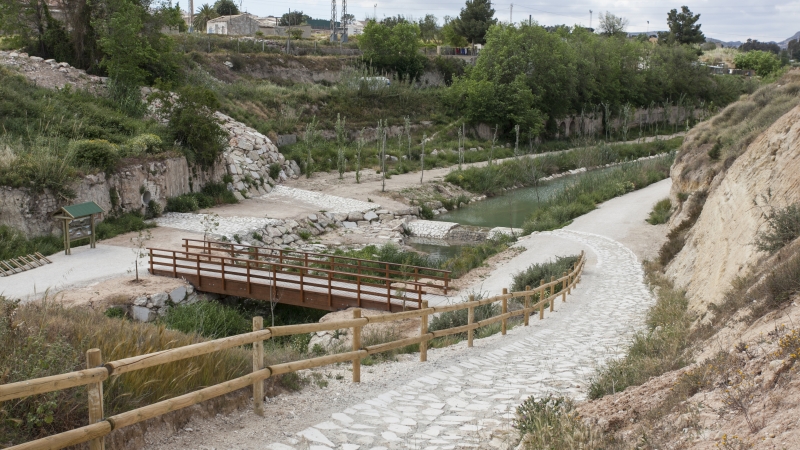 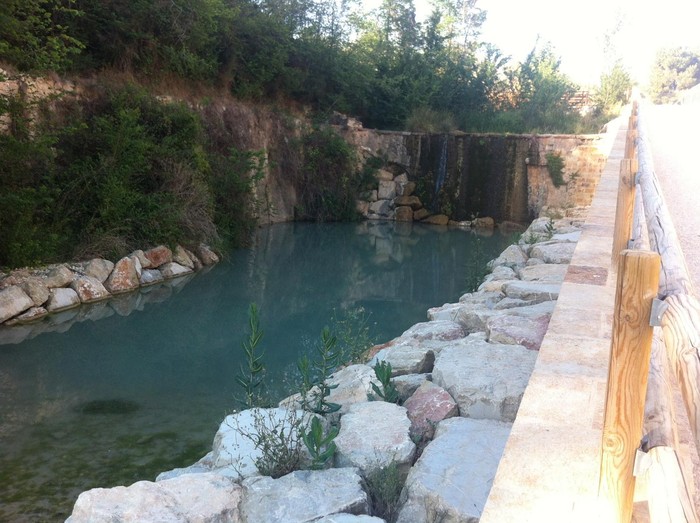 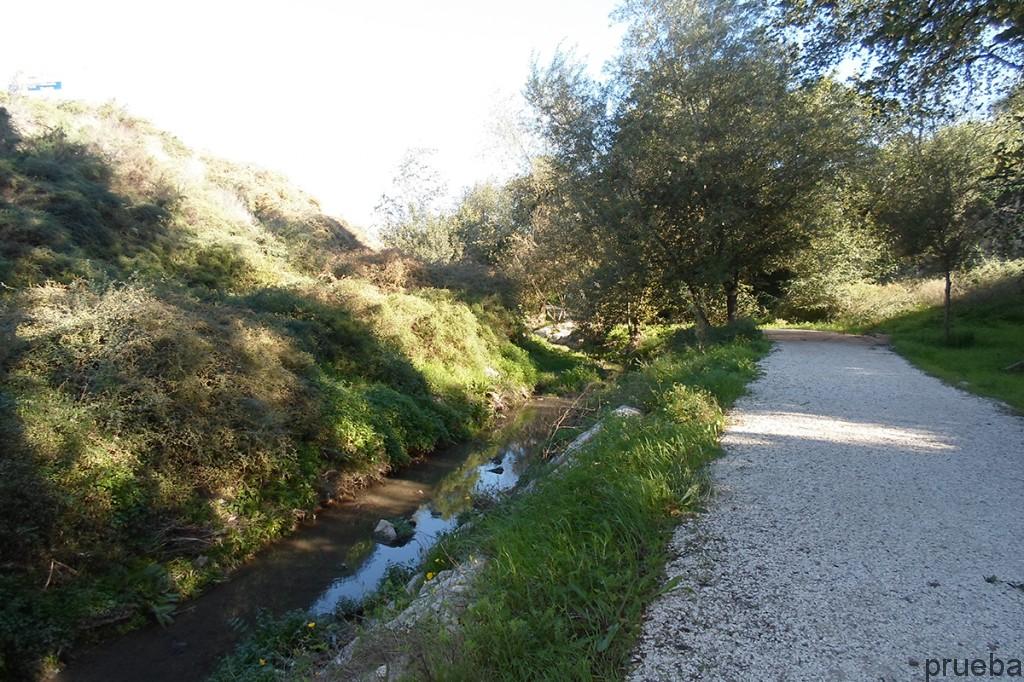