Los Algezares Natural Council Site was established by Decree 167/2013, passed on 31st October by the Valencian Regional Council. This protected area comprises 507 hectares extending towards Aspe local council’s eastern most area and around Vinalopo river, in the border with Elche and Monforte del Cid. Its territory extends from north to south across the natural sites of “El Rabosero”, “El Rio”, “La Coca”, “La Temerosa”, “Los Barrancos”, “Sierra del Tabaya” and “El Pantano”. An enclave that treasures not only natural, but also historic and cultural elements, and therefore must remain preserved.

Its environment consists of a wide variety of materials including clay, marl and gypsum among the most notable examples. With the action of torrential rainfall, these crumbly stones have created a heavily eroded landscape with numerous ravines. These hills sustain a desert-like hawthorn based scrubland, in addition to a wide variety of shrubs including Esparto grass and other herbaceous plants. This landscape is shared by olive trees, carobs and Aleppo pine reforestations. Vinalopo river and its ravines feature other species such as marram grass, nerium and tamarix. On the other hand, gypsum provide the right conditions for the development of Thymus gypsicola.

Furthermore, the site also has great historical value due to the existence of multiple archaeological remains and ethnological structures, including the dam itself and Castillo del Rio castle, both declared assets of cultural interest. There are also remains of old flour mills dotted throughout river Vinalopo’s course, as well as farmhouses and the important waterworks that extend throughout the area, with some of them dating back to the 18th century.

Wildlife is also widely represented for example, by the Iberian waterfrog, natterjack toad and even the viperine water snake, thanks to the presence of water. Among the most usual reptiles are the ladder snake and the ocellated lizard. In regards to birds, we can find both birds of prey like the buzzard or the little owl, as well as smaller species, such as the great tit, the Eurasian reed warbler or the European green woodpecker, in addition to aquatic birds including the common moorhen and the stilt, that are easier to observe in the water bodies. Mammals are elusive and nocturnal, although it is not uncommon to find rabbits during the day.

In addition to the above, this protected area contains multiple historical elements that, combined with the above described natural heritage, makes Los Algezares a hugely important site from a leisure, scientific and educational point of view. A network of short distance approved trails, as well as the different tracks and paths available at this natural site allows visitors to enjoy its richness in a responsible manner that is compatible with its adequate preservation. 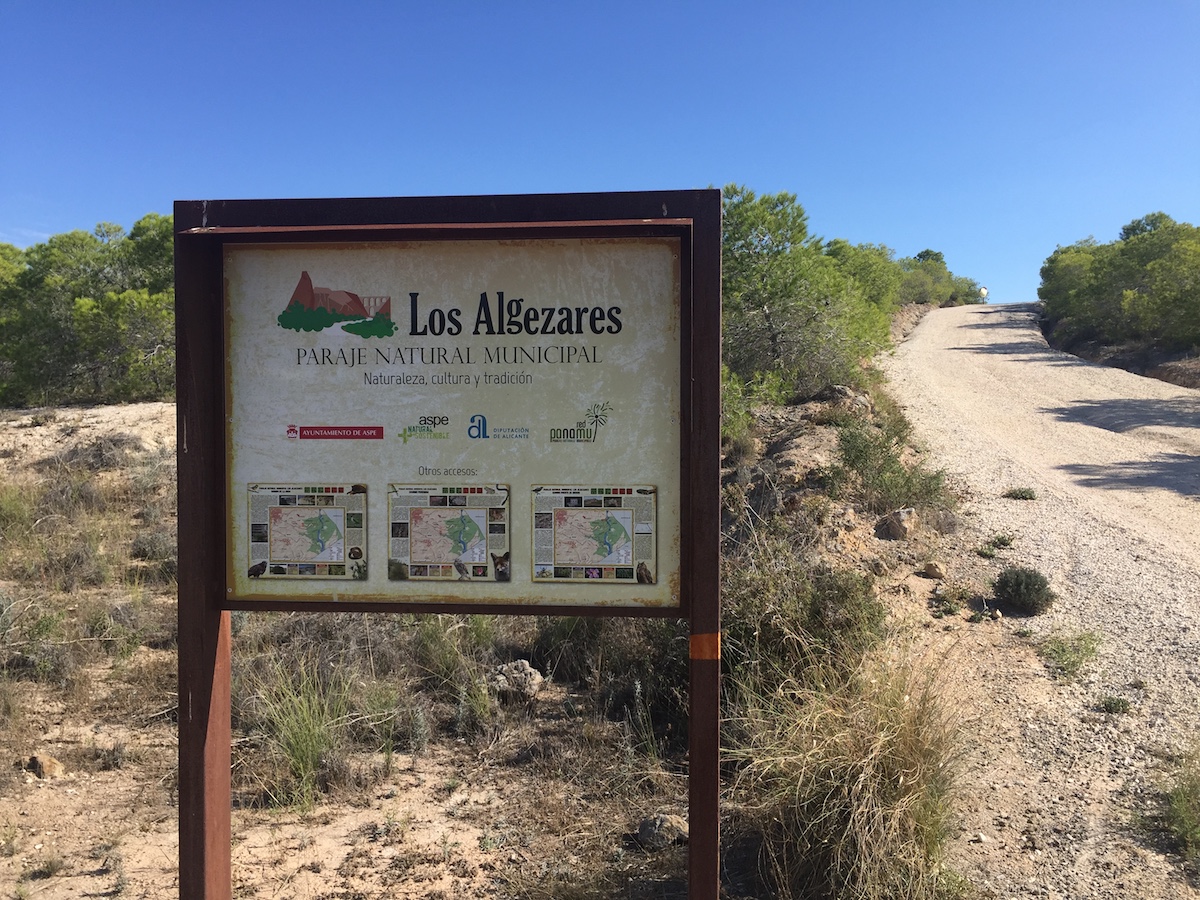