Casica de la Virgen is located in La Columna natural site, at the start of old Hondon road. According to the cartouche placed on its Eastern door, it was built in 1886 with a donation received from Rosalia Atart y Canovas. Her nephew and master builder Jose Pastor Atart designed the blueprints, that were executed and managed with the collaboration of his sons.

This location is also commonly known as La Columna (the column) due to a story dating back to the 18th century. Legend has it that a large sized red marble column was being transported by a wooden wheel cart when the vehicle tipped over, dumping the column to the ground. Apparently, the column was so heavy that it remained in the same spot for several years.

Casica de la Virgen is a modest building with a rectangular shape and a gable roof. It features two access doors oriented towards the East and West that are surrounded by round arches and round windows on top displaying the Virgin Mary’s anagram. Despite its simplicity, it is a unique and emblematic building for Aspe’s locals. Every 3rd of August in even numbered years, this site houses Our Virgen de las Nieves, the town’s patron, during its stop before entering the town. This marks the end of the pilgrimage starting from Hondon de las Nieves.

At this location, Our Virgen de las Nieves’ maids embellish the image (also known as Serranica) with its ceremonial gown (Traje de la Entrada) and ornaments. Following, the image is transported to Orihuela Cross, where the local corporation, clergy, festival committee and maids of honour meet to chant the “Los Tres Amores” Hymn prior to the fireworks display in her honour. Then, its procession continues before the big finale at Plaza Mayor square, where it is greeted by thousands of locals chanting a hymn called “Miradla” (look at her) ahead of its entrance into the Basilica church. 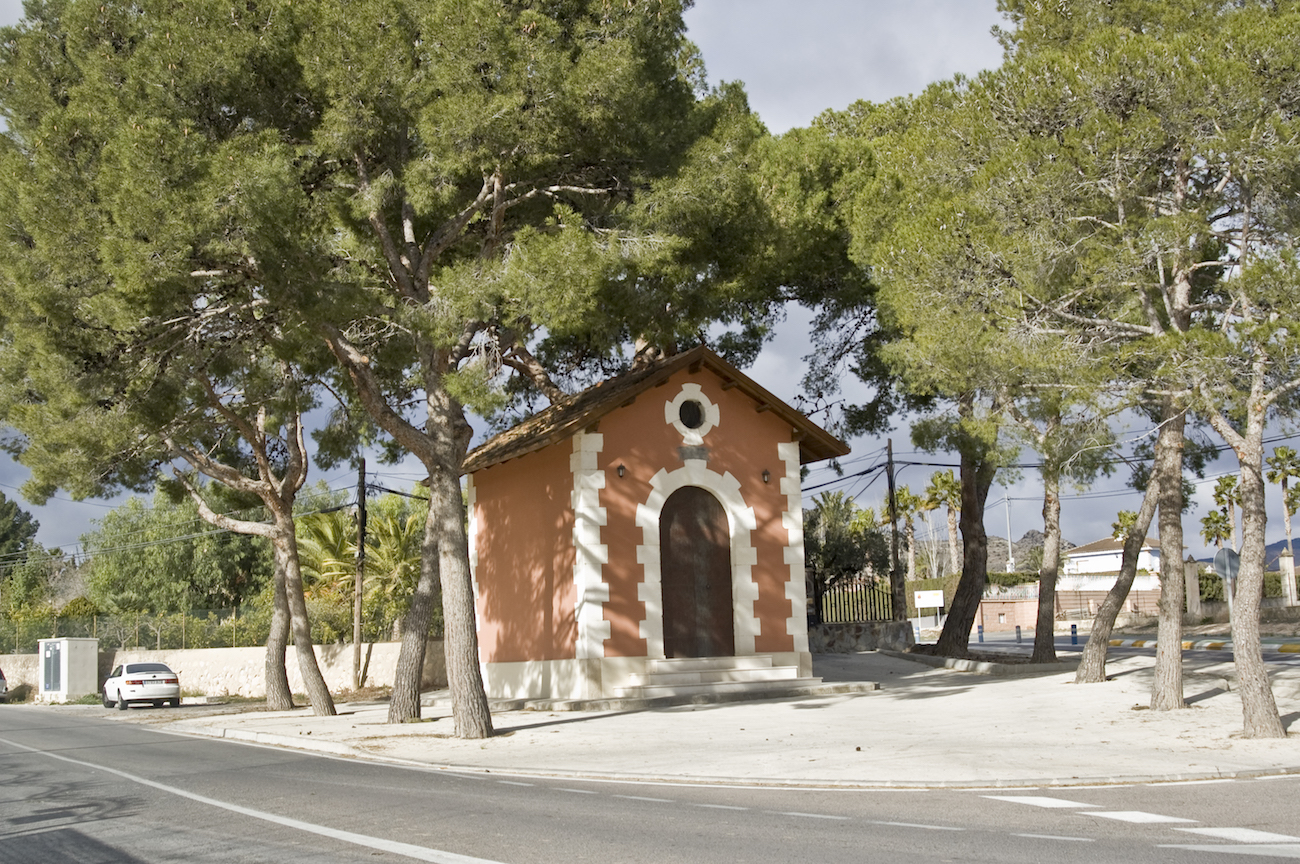