Two council border crosses still remain in Aspe. These are situated at their original locations, in what were previously the outskirts of the town bordering crop fields and on the exits of the roads leading to the two most important towns in the south of the Valencian region: Alicante and Orihuela. Due to the urban expansion, both crosses are currently within the town’s urban framework.

But in addition to their initial purpose as land planning elements that were an essential reference to identify certain places, these were also symbol of the town’s Christian faith to all those who arrived. Their location was initially owing to the need for protection along these roads that remained very unsafe until the 19th century. For that reason, the crosses became a thanksgiving spot after a trouble free journey, or to pray for protection for those who were setting off.

Many of these crosses were also the focus of prayers and ceremonies during the liturgical year. Such is the case of the council border cross located in the road to Alicante where, as part of Cruz street celebrations, there is a Blessing of the Four Winds taking place on early May.

Cruz street was created during the urban expansion that took place after the council border cross was first positioned, using the shrine of the same name as its starting point. During its annual celebrations, a very antique and collaborative event, the road is decorated with flower arches and reed mats.

There are several document references that mention this Cross in the 18th century, including the will of Sebastian Martinez dated 3rd July 1730, whereby he granted his daughter Josefa Maria with “2 terraces with 6 olive trees nearby the Alicante road cross”. In 1956, the current shrine was subsequently built. 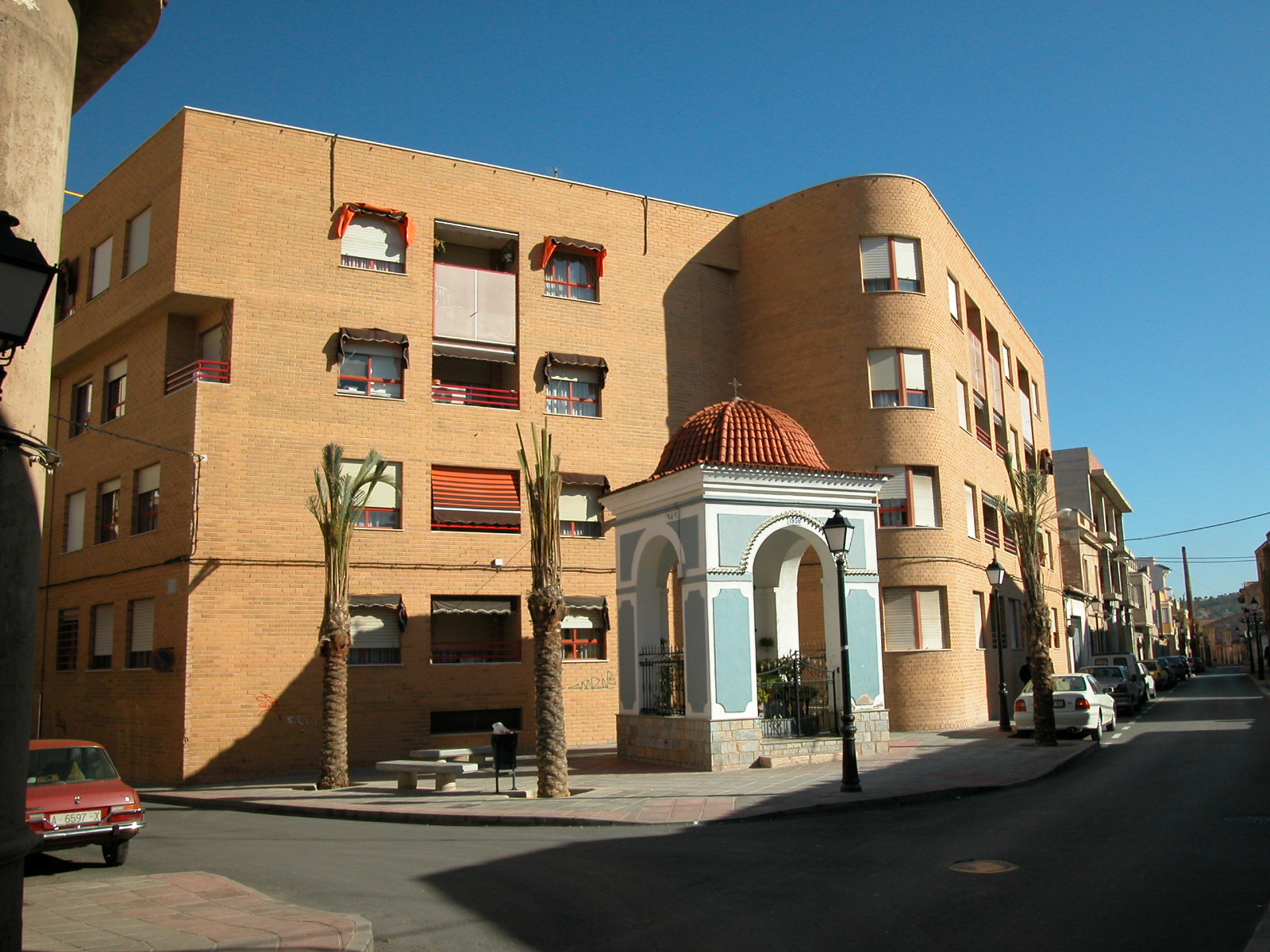 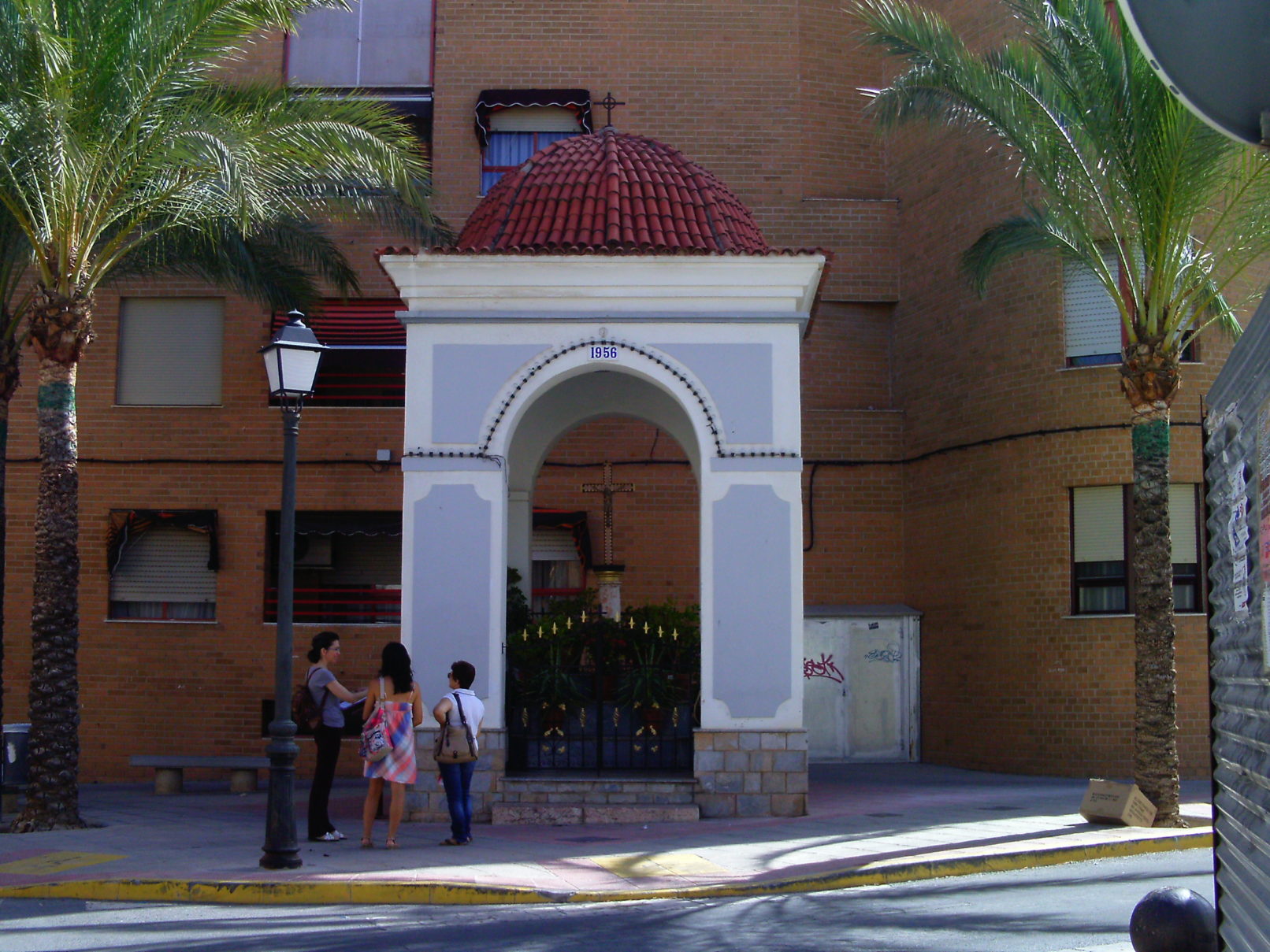