In the late 16th century, the Council of Trent promoted the worship of the Immaculate Conception, resulting in the construction of this hermitage in Aspe. There are references to the Immaculate Conception hermitage dating back to 1628, during Archbishop Caballero-s pastoral visit to Aspe. Between 1637 and 1678, the hermitage was used for religious service during the repairs undertaken at the church of Our Sra. Del Socorro. In the late 17th century, Gabriel Mira carried out a significant refurbishment funded by alms collected from worshipers and the works were finally blessed on 7th December, 1699.

1741 saw the foundation of the Immaculate Conception confraternity, with the Assumption confraternity following later on. Its oratory comprised five altars, with a main altar dedicated to the Immaculate Conception containing a lying image of Our Sra. De la Asunción within. On the other hand, its side chapels were dedicated to Our Sra. De la Soledad and a further chapel jointly devoted to Saints Anne and Joachim. On the opposite side, the chapels were dedicated to Saint Joseph, and an adjoining chapel jointly devoted to Saints Agatha and Apollonia.

In regards to the building, it contained a belfry, a sacristy and a dome rested on a tholobate or drum. Since the building was in very poor conditions, the Town Hall made a request to the Civil Governor asking them to demolish the temple in 1842. However, the religious authorities rejected this petition and demanded that it was refurbished. In 1904, as the dome was in danger of collapsing, the local residents joined forces to collect the required funds for the works. In the end, the slender half orange shaped dome was dismantled and replaced with a new drumless dome that currently presides over the transept.

During the civil war, its interior was destroyed and only the image of Sra de la Asunción was saved. From that moment onwards, the hermitage was no longer used for religious worship, and served multiple other purposes instead, such as a food storage, church cinema club and storage of Holy Week images for the Holy Tuesday and Holy Wednesday processions. In 1980, it was sold to a merchant who transformed it into a textile shop warehouse. However, in 2013, Aspe’s town hall purchased it back and it now belongs to the council.

Its building comprises a rectangular shape with a dome supported by pendentives. Its main façade is a straightforward structure with a lintelled portal crowned by a cornice featuring palmettes serving as corbels. In the upper area, we can find a round skylight and the façade gable ending in a straight and curved line structure. 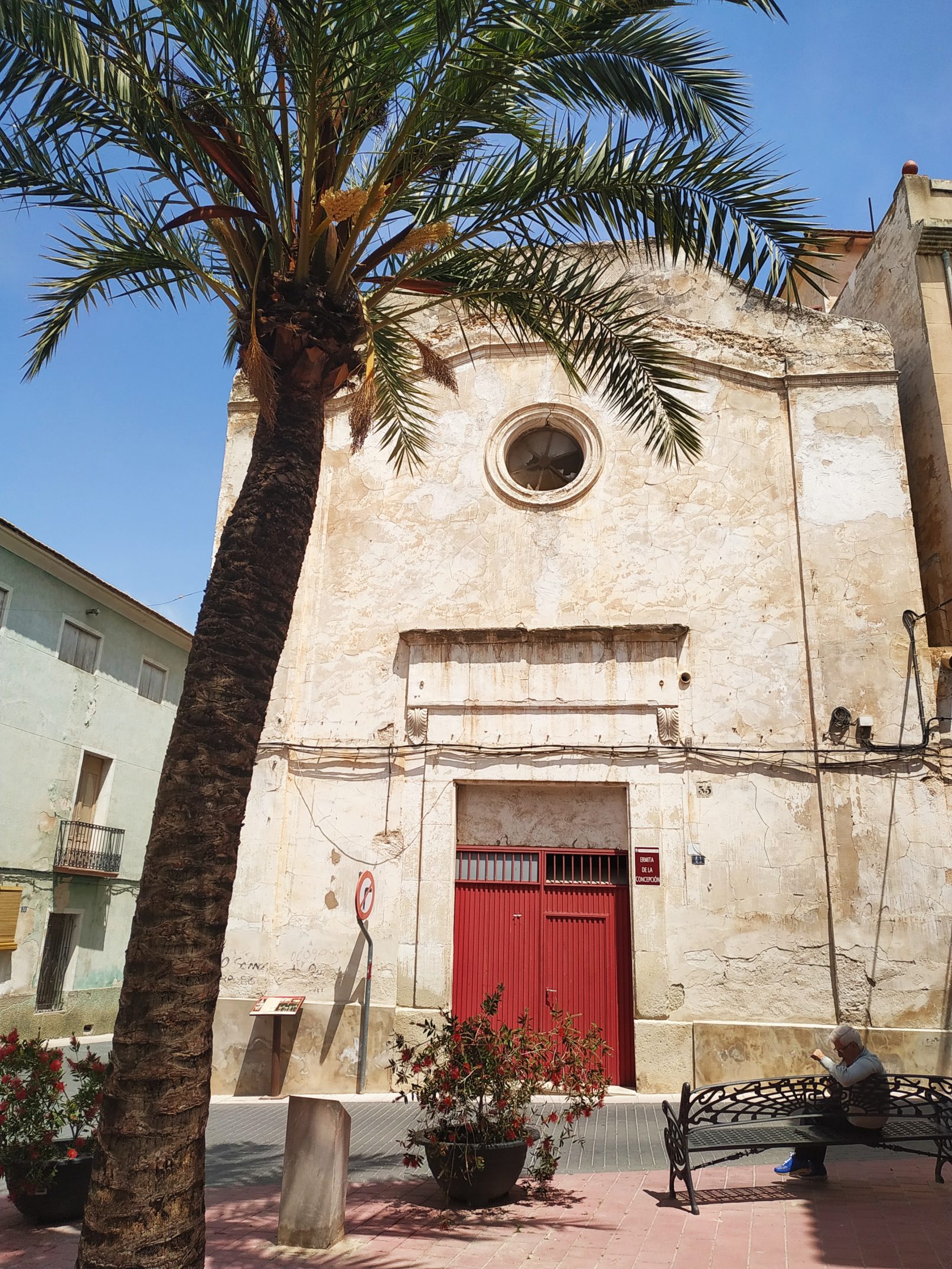